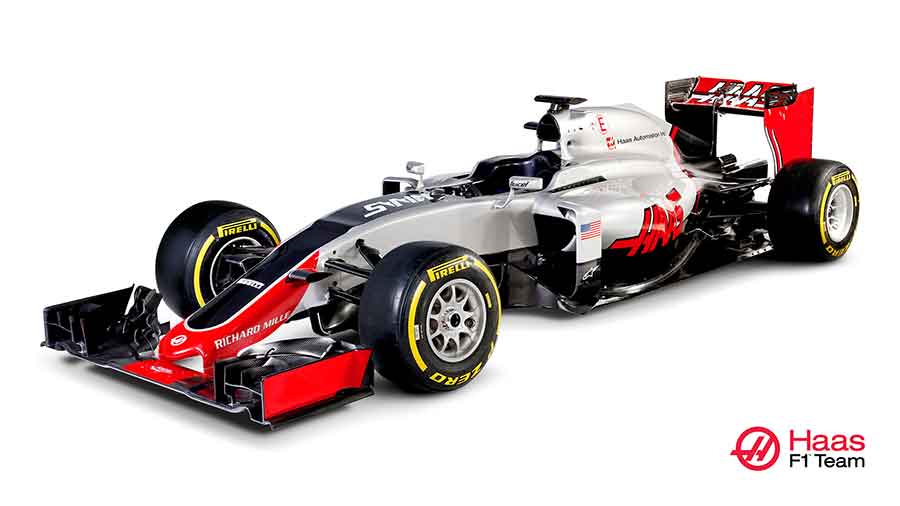 Of all Haas machines with VF nomenclature, this four-wheeled, Ferrari-powered model has been perhaps the most eagerly anticipated since Gene Haas stated his intentions to enter the world’s greatest race series, less than 2-years ago. Haas Automation Inc., the company Mr. Haas founded in 1983, is Haas F1 Team’s principal sponsor and the genesis of the F1 venture. 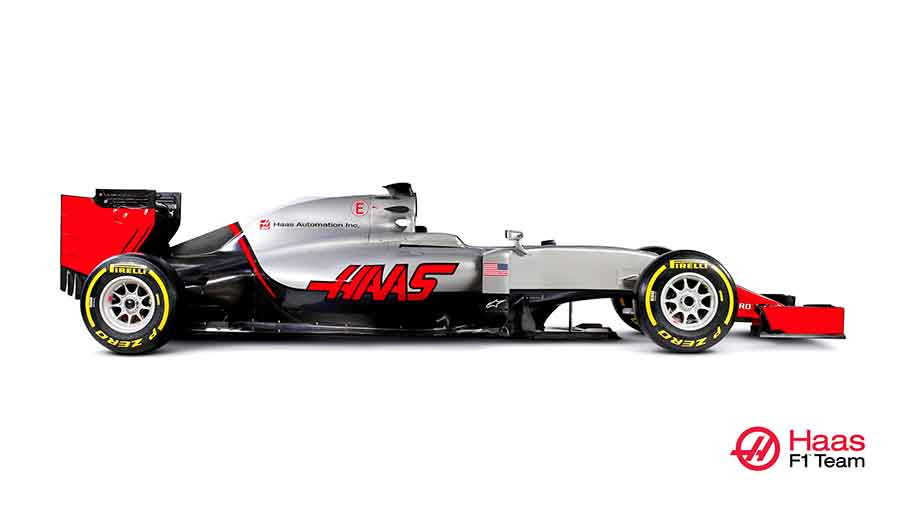 “When you hear the words Formula One you know exactly what they stand for: a global racing series that invests in the latest technology and attracts the best talent in engineering and design. Haas Automation has an excellent reputation in the United States – for reliability, innovation, and value for money – and I want that reputation to continue to grow worldwide. Connecting Haas Automation with F1 in name and in practice is the best way to grow our business, and elevate Haas Automation to a premium, global brand.”

The dark grey, light grey, and striking red-toned livery of the Haas VF-16 was derived from that of Haas Automation’s CNC vertical and horizontal machining centers, turning centers, and CNC rotary tables and indexers: a ‘complete’ line of high-productivity CNC products. 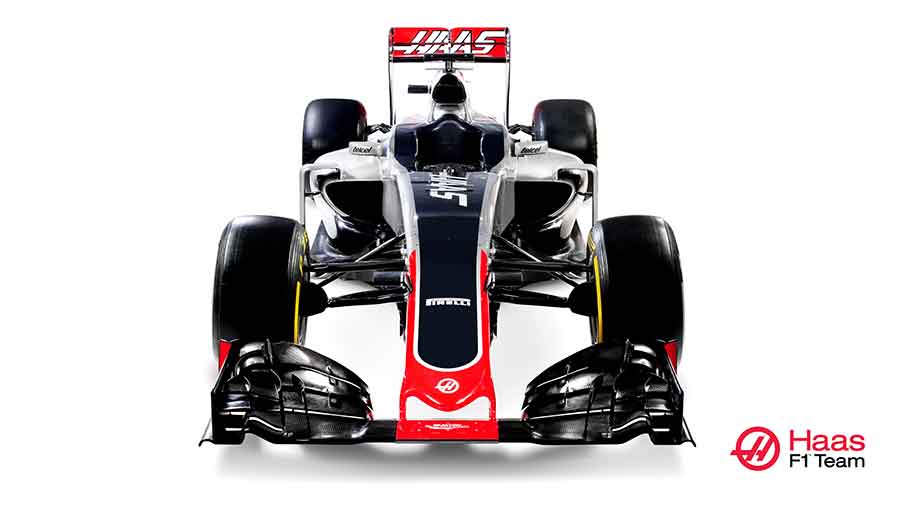 The Oxnard, California-based Haas Automation Inc. employs around 1300 people, and exports approximately 60% of its annual production to more than 60 countries. There are close to 185,000 Haas CNC machine tools installed around the world, supported by a network of 170 Haas Factory Outlets (HFOs) – independently owned sales and technical service businesses, dedicated to providing industry-leading support, wherever a customer is based.

The VF-16 demonstrates Haas Automation’s – and Gene Haas’ – commitment to technology and innovation to a passionate, global audience, many of whom are already Haas customers, or who perhaps work in the precision engineering and manufacturing sectors. 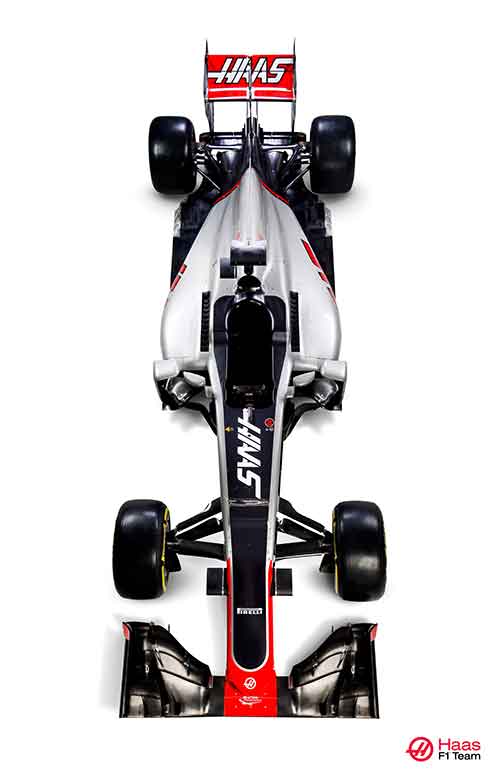 “Just as Haas Automation’s CNC machine tools evolve continually, becoming better and more efficient as time goes by, our methodology behind the VF-16 was to make it the best evolution of a good F1 car,” explained Guenther Steiner, team principal, Haas F1 Team. “As we’re a new team, we studied what the successful F1 teams were doing, so we had a strong baseline for the direction we needed to go with our design.

“We need to go out there and show that we can do the job – that’s our first objective,” states Steiner. “Then show we can finish races, that we are respected by the fans and other teams in the paddock and, of course, that we can score points. That’s the goal!”

The VF-16 is being tested on-track at Barcelona Feb. 22-25 and March 1-4, before its debut race, the season-opening Australian Grand Prix, March 20, in Melbourne.

Haas F1 Team will debut in the FIA Formula One World Championship in 2016, where it will become the first American-led Formula One team since 1986. Founded by engineer and industrialist Gene Haas, Haas F1 Team is based in the United States on the same Kannapolis, North Carolina campus as his championship-winning NASCAR Sprint Cup Series team, Stewart-Haas Racing. Gene Haas is the founder of Haas Automation, the largest CNC machine tool builder in North America, and he is chairman of Haas F1 Team.